These two surveys were designed to maximise the value of two existing boreholes. There was already known mineralisation existing between 60-80m in Figure 1 and 100-115m in Figure 2. The inversion resistivity images showed not only the shape of ore bodies, but also other possible high mineralisation areas that the initial exploration failed to pick up. This area is currently under further geological and geophysical investigation. 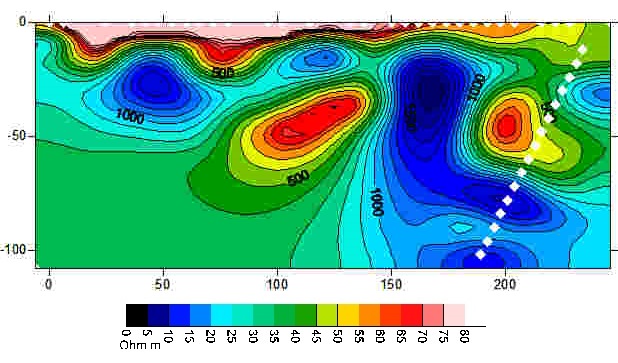 sales@zzgeo.com - Please include your contact information and exploration requirements (application/depth to target)